The main goal of the master project will be to model and simulate inductive levitation micro-actuators in MatLab using the qualitative approach developed by our group.

Obtained results of the master thesis will be applied for our current project aimed on the developing a 2D array of cooperative hybrid levitation micro-actuators for supporting the levitation of arbitrary shaped micro-objects, performing their linear and angular positioning and transportation.

Link to YouTube video of micro-devices based on inductive levitation developed by our group: 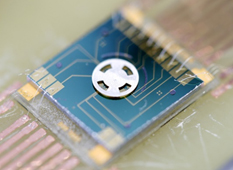 Starting date: as soon as possible

Qualification:
We are looking for an enthusiastic and open mind candidate to join our research group, who has knowledge and interest in micro-systems, electro-mechanics, levitation micro-actuators.